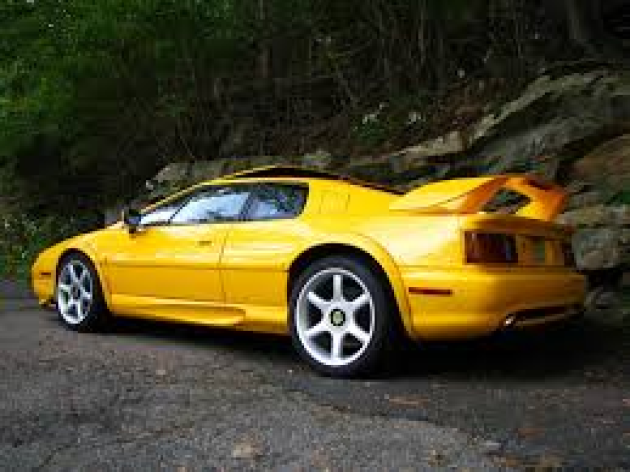 Some Supercars have amazing engine performance.

Some Supercars have phenomenal handling.

Some Supercars have incredible steering sensitivity.

Only one car has all of these ingredients, and the June edition of Modern Classics Magazine makes this point many times across pages 32 and 33 of the great magazine. As the editorial says "This is a Supercar as they used to be-compromised, but one that simply can't fail to entertain".

The editorial goes on to say "The steering rack is a joy, delivering constant pulses of information". As the magazine also says " If it's maximum visual impact you're after, you can't do much better than a Lotus Esprit V8 in yellow". "The chaps at Hethel did a spot-on job in updating a car that had been in production since 1976; softer edges and a plethora of aerodynamic accoutrements lent it a modern aesthetic that's low, mean, and thoroughly aggresive".

The write up test the Esprit V8 against the Ferrari F355, Porsche 993 Turbo, TVR Cerbera, Honda NSX, and the Mazda RX-7 FD. It was very clear which car stood out, although the expert guidance of Lucas Hutchings of Image Automotive interstingly tipped the TVR has having the greatest growth ahead of it, mainly because it is coming from such a low base. That said, not everyone likes the styling of the Cerbera, or indeed TVR's in general. In the quest to be very different, TVR went in an interesting direction, and it was certainly unique.