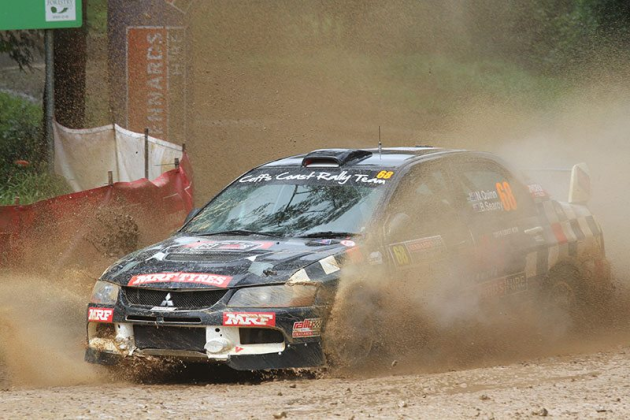 Passion shines through to secure the win

Rallying often stands slightly apart from other forms of Motorsport, given the degree of difficulty that it takes to triumph over all of the myriad of factors, to become a Winner. This weekend has become testament to some of the challenges that can be faced in Rallying, being the weekend of Rally Australia, the final round of the WRC for 2017.

During this great event, we have seen some real passion on display, as well as simply amazing driving. Craig Breen loves the roads in Australia so much on his first drive at Coffs Harbour, that he was brought to tears, saying "The roads here are fantastic, I love what I do, I really love it". During the previous round of the WRC in Great Britain, it was Sebastien Ogier's turn to be in tears, when he won the World Championship for the 5th time. Then it was Malcolm Wilson's turn, as his team had won both the World Rally Constructor's Championshipand the Driver's Championship, and went on to also win the event, with Elfyn Evans driving another of the Ford Fiesta's.

When Nathan Quinn crossed the line of the final stage of the event this afternoon (named Wedding Bells) in a 12 year old Mitsubishi Evolution IX, he was initially speechless, until the interviewer continued her questioning. He was then also very teary, stating how long he had been waiting for this moment, and how much it meant to him. So why does Rallying invoke such great emotion ?.

It is because Rallying is simply one of the most amazing forms of Motorsport that there is, and is therefore one of the most difficult to master. Many from Formula 1 and other disciplines have tried, and failed. Robert Kubica had a go, as did Kimi Raikonnen (for 2 years), and Valentino Rossi from Moto GP has also given Rallying a try. It is more than that. It requires SUCH dedication and commitment in every area that it is simply phenomenal when it all comes together with a Win.

Congratulations to the talented Nathan Quinn, who has performed an almighty task on measured resources.