Why some current cars are so unpleasant to drive. 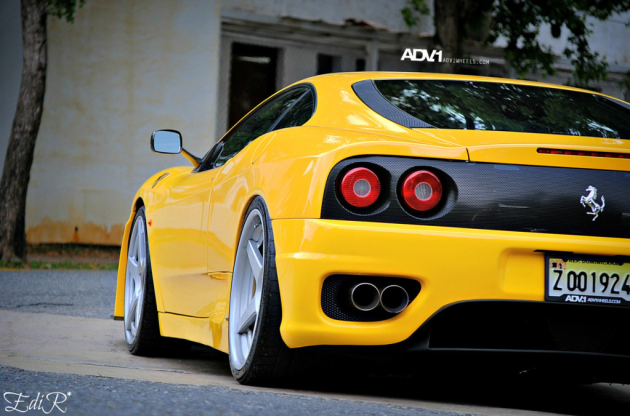 Why are Modern Classic's the only ones real car lovers will drive ?.

Because of two words that are rarely found in current cars -- Driver Involvement.

As Tiff Needell states in his editorial article on page 20 of next month's Modern Classics Magazine, "A Chiron (Bugatti) promises 1500 BHP, but a computer will decide".

He goes on to talk of one of the Top Gear shows that he did that featured 4 great cars of the time, which were a Mitsubishi Evo VI, a Ferrari 360, a BMW M Roadster and a Peugeot 306 Gti, and we will publish his words a little later in this Blog Article.

If you have ever wondered why you are left feeling entirely "disconnected" from the engine of you're car, it is because you have a "Fly-by-Wire" throttle, which almost all cars have today. If you feel as though you can never get the right "feel" for the amount of throttle you are using, this is why. The computer (ECU) is in between you and the engine. It totally lacks feel.

If you are a "Proper" driver, and cannot understand why when you floor the throttle in a FWD car to PULL it through a bend as you should, and you wind up getting thrown off the road and crashing instead, it is because the computer has shut the engine power right down after detecting a micron of wheelspin on the inside front wheel, and killed you're instinctive power input to the front wheels.

If you come down a steep hill on a loose surface just before a 90 degree right-hander, expecting to brake, lock-up, unlock, lock again and unlock, and wonder why you just went straight on and crashed, it is because the ECU decided otherwise with the brakes, and gave you very little stopping power.......ABS really struggles on loose surfaces.

In short, if you want to "Drive" a car, then purchase a car with no driver "aids", because that way you will maintain you're driving skills, and will certainly have loads more fun.

As Tiff says in next month's article " I recently got involved in one of those forever reoccurring motoring arguments about which cars handle the best. It reminded me of just such an item I did on Top Gear with former British Rally Champion Mark Higgins, back in 1999 - https://www.youtube.com/watch?v=idewQD8MBsE.

"Back then we had a hoot comparing the various joys of a front-wheel-drive Peugeot 306 Gti, an Evo VI, a BMW M Roadster and a Ferrari 360. All were taken to the limit-and occasionally beyond-but all allowed their drivers to get fully involved in what was happening underneath them. There were plenty of Scandi flicks, to loosen up the rear of the Peugeot and the Evo, followed by masses of throttle to bring the front back into line. There was delicate throttle control to hold the Ferrari in a long drift, and there was a tug of the handbrake to set in motion a 360 degree spin in the BMW-one of my all-time favourite moves !. Unfortunately, when it came to debating the current world of cars, it quickly dawned on me how much of that had disappeared. Most cars don't even have a handbrake to pull up."

Yes, it would seem that from every perspective, that if you want to "Drive" a car, then you will HAVE to purchase a Modern Classic from the early 2000's, 90's, or the 1980's. That way you will survive, as well as maintaining you're road skills.

We recently hired a new vehicle with just 3200 kms on the clock, built in 2019. When leaving the airport, and joining the Freeway we rapidly discovered that the cruise control appeared to be "Broken" because every time we got within what seemed like 1 km of another car, it switched itself off, despite desperate efforts to reduce the "Radar" distance to the minimum. Now we normally use cruise control all of the time on the Freeway, so that we can keep our eyes ON THE ROAD and not be concerned with speed, as that has already been set. Not anymore, as these new cars have other ideas. So the cruise control was rendered completely unuseable. Next up we went to balance the vehicle through a bend using left foot braking (as we have always done, which is lovely and safe as the left foot is always poised to act), and a message came up on the screen "Throttle and brake pedals have been depressed together" and reduced all our power to nothing. So now the vehicle cannot be driven correctly which is VERY dangerous. We then went to use the handbrake to secure the vehicle safely, as we always do at every set of traffic lights. It took ages to lock on (just a button in the centre console), and then refused to release unless a whole sequence of moves was made with throttle and foot brake, leaving us stuck at the lights for longer than usual. After that came the incessant loud beeping whenever we were within 50 metres of another car in any direction (which was all the time, as we were in traffic). No wonder some drivers now leave gaps the size of Sydney between them and the car in front. We just thought it was because they were rapidly texting to avoid their FOMO. The vehicle was totally undriveable for us, as we would have had to "Dumb down" to drive it.

Needless to say, we could not wait to get back to a car that we could actually "Drive", when normality was restored.

As this scenario worsens, it is little wonder that masses of people are deserting new cars and going back to Modern Classics that RISE in VALUE and are fun to drive,........and SAFE.