by RUSS SMITH for THOROUGHBRED and CLASSIC CARS MAGAZINE | June 23, 2022 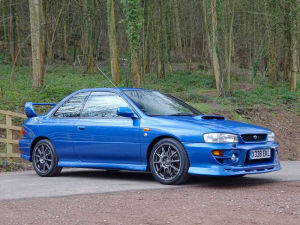 Normal service has been resumed !. Now even the retail sector has recovered to see over 40% gains for the past quarter. Some Ferrari's and Porsche's have gone backwards as usual.

As we now move rather close to a global recession, more and more new investors are flocking to our door in search of recession proof solid investments that can be touched and seen. The latest (August) edtion of Thoroughbred and Classic Cars contains a great summary of the sales for the past quarter on page 17, with Russ Smith's great research again showing that even retail sales are now well and truly back on track, following a small one quarter dip to below 30% for 3 months. The totally forgotten Triumph 2000 Mk I has now seen a gain of 20%, although that is nothing compared to a 47% gain for the amazing Subaru WRX P1/Type R, which is now leading the way for Modern Classics. Naturally, another Ferrari is DOWN this quarter, and this time it's the turn of the 250 GTE 2+2, which is down 4.3%, with the Porsche 911 Carrera RST down 2.3% for the 3 month period. That is why we move these cars onto new custodians..........fast !.

Here a few examples of the cars that those that have to rely on purchasing from advertisements and auctions have been acquiring late in the growth cycle :

It is of course too late to capitalise on the values of these cars, as they will now stop growing, and so we move on into the next 84 great Collectible Investment Cars that will boom in 3-6 months time.

Call us now to discover the 84 cars that will double in value over the next 3-6 months.

$7.3 TRILLION lost by Bitcoin Investors over the past 3 days.

Down, down, and down again for Crypto currency, with Bitcoin now leading the way in losses, which are simply massive.

As we have always said, real is real and pretend is not !.

Click here to read this Article regarding the $7.3 Trillion loss.

$100 Million profit the first time, how much will it be this time ? 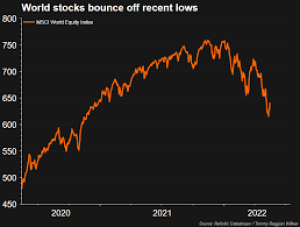 During the last stock market crash in 2008, Micheal Burry made over $100 MIllion, as it was just so easy to see what was coming !.

Now we are here again, and whilst we are hurriedly purchasing every single Collectible Car on our 84 cars list, others are choosing to follow Burry into financial freedom through his strategy. The results will be similar.

12 times the emissions for new cars relative to Collectible Cars, this report states. 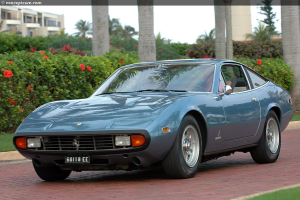 A recent automotive industry report by Footman James informs us that a VW Golf requires 6.8 Tonnes of emissions before it leaves the factory.

This report reminds us that a Collectible Car travelling a national UK yearly average of 1,200 miles will generate just 563kg of CO2 per year, whereas new cars have already emitted 12 times that amount before they reach their new owner. The report does contain some very interesting information.

Electric Car virtues............One lady's experience that she will never forget. 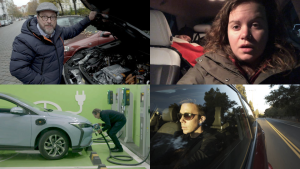 There are some folk amongst us that extol the wonders of electric cars. This esteemed writer from the Wall Street Journal may not be one of them.

Whilst cars powered by batteries that constantly require charging may have some uses for short trips into city CBD's, longer trips seem unlikely, unless that battery occupies all of the car's internal space. 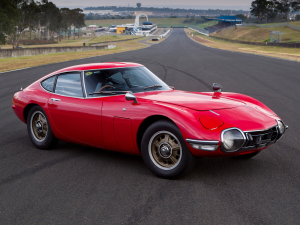 DOWN 55.9% for Auction Clearance Rates of Sydney property. 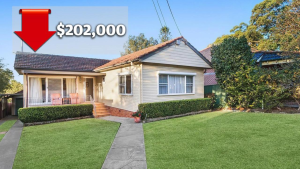 UP 89% in one year for the Honda Prelude 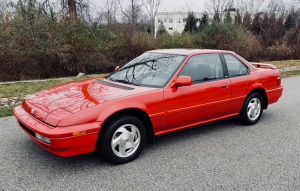 Yes, with a healthy list of 11 cars that we would never ever purchase, the American public can now double their money and some of the most basic Collectible Cars. Whilst it was always a case of working with certain cars from certain era's with certain backgrounds, the race towards massive global investment in Collectible and Classic Cars is fully in it's stride now.

DOWN $2.2 TRILLION for Crypto, and UP another 11% for Collectible Cars. 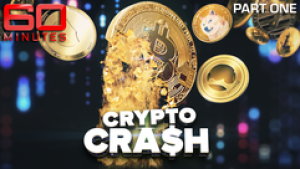 As Crypto currency continues it's mighty fall, many people are losing a great deal.

In part 2 of Channel Nine's 60 Minutes documentary, Sergie tells of how he has lost $600 Million in the recent Crypto crash. During the same period of time, all of our investment cars have gained another 11% in value and they just keep on rising and rising as they always have, IF one selects the specifically correct make and model of Collectible Car. Call now to find out which of the next 84 cars to rise that you will purchase.

Whilst focussed on the U.S.A, this news article from last Saturday concludes that even $25,000 well spent will yield a minimum 20% return.

This great piece of reporting by the Agadir Group reminds us all that by investing just $25,000, one can still make a 20% return without even trying. 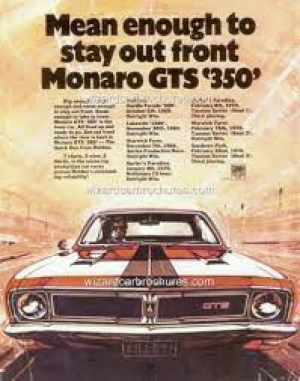 The auction was held be Elders at Laharum, 283km North West of Melbourne, and had plenty of willing bidders, although the final sale price was short of $130,000.

A quick 5 second $300 restoration such as the ones that we have all seen on the Collectible Car Restoration shows, and she will be better than new !.

by RUSS SMITH for THOROUGHBRED and CLASSIC CARS MAGAZINE | May 29, 2022 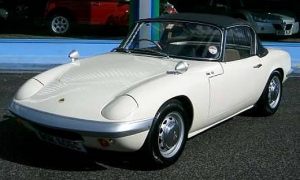 Whilst our Investment Cars have seen up to 38% gains over the past 3 months, the retail sector has only seen a very small gain. The cars that we knew would drop, have indeed gone backwards.

As global recession now seems likely, we now have new investors flocking to our door, in search of recession proof solid investments. The latest (July) edtion of Thoroughbred and Classic Cars reports all of the sales for the past quarter on page 17, and Russ Smith again clearly shows that retail sales are somewhat subdued, with only 25% growth over the quarter for a Land Rover Series III. That said, the totally forgotten Triumph 1300 TC Front drive is up an amazing 18%, as retail buyers rein in their spending UNLIKE the Collectors that we deal with exclusively. Naturally, another Ferrari is DOWN this quarter, and this time it's the turn of the 360 Modena, which is down 2.5%. As interest in 1960's cars is now almost dead (except for some E-Type's), the ageing population issue has now spread to 1970's cars with one of the must unloved of all E-Type's (The Series III V12 2 plus 2) dropping by 7.3%. That is why we move these cars onto new custodians..........fast !.

Here a few examples of the cars that those that have to rely on purchasing from advertisements and auctions have been acquiring late in the growth cycle :

It is of course too late to capitalise on the values of these cars, as they will now stop growing, and so we move on into the next 84 great Collectible Investment Cars that will boom in 3-6 months time.

Call us now to discover the 84 cars that will double in value over the next 3-6 months.

Zenvo Automotive are moving ahead with the 1177 bhp TSR-S Hypercar. 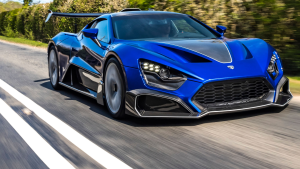 The new Zenvo TSR-S should be quite a piece of engineering.

Using the Lotus Esprit pioneered flat plane V8 technology that was created in 1996, the TSR-S should now be ultra reliable,and now that they have just opened a new dealership in Denver in the United States, the American population will have access to this great Supercar.

DOWN 99% for another Crypto product, while Collectibles sell for World Record prices 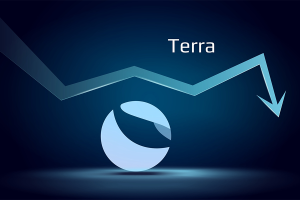 As we predicted, Crypto is falling yet again, 99% this time for Terra Luna, with the NASDAQ down another 4.3% today.

As the world's stock markets fall, inflation rises along with interest rates, people are looking for safe haven's with Collectible's. Three World Record's have been set in the past month, with the sale of an Andy Warhol painting of Marilyn Monroe for AU$278 Million (US$195 M), a Picasso yesterday for AU $96.2 Million (US$67.5 M), and a Mercedes Silver Arrow 300 SLR for AU$204 Million.

No wonder Investors are flocking through our door to get in on the hottest asset class that there is.

At $204 Million AUD, this Mercedes could have set a new World Record sale price. 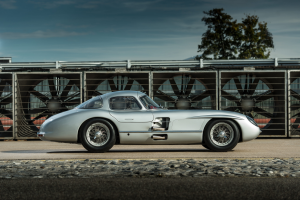 As the values of all Collectible Cars skyrocket, it is no suprise that this rumoured sale may have occurred at this time.

Whilst the world has a few current issues going on, it is no wonder that great things continue in the Collectible Car Industry. It would appear that Mecedes-Benz may have sold one of it's two Silver Arrow racing cars, for US$142 Million, or AU$204 Million. Mercedes apparently contacted approximately 10 of the world's most affluent Collectors, and set very stringent sales criteria around the rumoured transaction. The potential buyers were believed to have flown into Stuttgart in a number of private jets on the 6th of May.